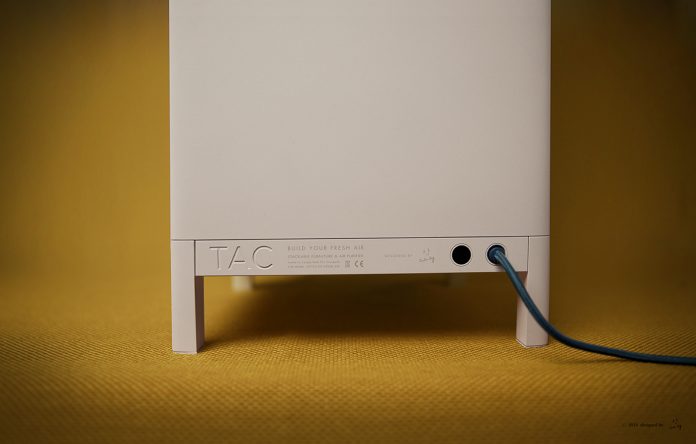 Allergies? Dust? Spring flowers? Smoking roommates? We are all wondering what can be done to keep the air fresh inside our houses. That’s highly unlikely to happen, at least not 100%, because indoor air is said to be more polluted than the one outdoors. Could that be thanks to natural filters such as trees?

Either way, opening windows helps, but sometimes it’s not enough. So we start to wonder: does air purifier really works? It’s a machine we all heard about, and some confuse it with a dehumidifier. Let’s check out together what an air purifier actually does.

How do Air Purifiers Work?

Basically, an air purifier works by filtering air inside a room. Usually, this device has one or more filters, made of paper, fiber, or generally something like a metallic sieve. On the inside, there’s a fan which pulls air towards the purifier. When going through its filter, dust and other particles should stick to it, while clean air comes back out.

The most efficient air purifiers seem to be those mentioning HEPA on their labels. That’s short for High Efficiency Particulate Air. These are fiberglass filters, with very thin threads, added in multiple layers. Thanks to those extra layers, even the smallest enemy particles should get caught in the fine filter.

If HEPA filters really work as they’re supposed to, they will catch 99% of those particles. Even those as small as 0.3 microns. Keep in mind that the filter might need to be replaced every few months, depending on how often you use the air purifier. Some could also come in the form of cleanable filters, but there is some doubt as to their quality.

Electrostatic filters further themselves a bit from the traditional definition of an air filter. Air doesn’t exactly pass through them to get cleaned. Their electric charge simply makes particles stick to their sides. These filters also need replacement after a few months of use.

What an Air Purifier Does

This isn’t just a question of whether an air purifier really works, but rather, on what does it work? It seems to have good results when it comes to dust, pollen or smoke.

HEPA air purifiers do a nice job for one’s allergies. They will gather dust from a room and freshen up the air. Pollen particles are also quite large and easy to catch by such a filter. When the talk turns to mold, opinions aren’t quite clear. If mold particles fly around, an air purifier could sometimes catch them.

Some devices also include UV sterilizers. These are supposed to burn up bacteria and germs that get caught inside the air purifier. The only condition is for the device to stay on long enough for it to happen.

Besides allergies, air purifiers seem to work well for those suffering of asthma or other respiratory system issues. Research has shown them to bring improvements also in cardiac disorders. These devices seem to be able to lower blood pressure, heart rate, help with arrythmia, inflammation and many others.

What an Air Purifier Doesn’t Do

Not all air purifiers offer the same level of performance. Ionizers were popular a while ago, but now there’s proof as to them being ineffective. They only put a negative electric charge into particles, to make them stick to solid objects, like floors and furniture. But who is to say they won’t stick to your clothes as well? And dust will fly again, that’s in its nature.

If you ever hear about an ozone purifier, don’t go anywhere near it. We already heard on TV that Earth’s ozone layer affects the climate, nature and so on. Why would we want to make some more of it inside our homes? They seem to prevent bacteria from multiplying, but at the cost of making asthma worse and causing other lung issues.

We previously mentioned HEPA filters catching mold particles, but only IF they’re in the air. Your air purifier won’t stop them from forming on walls and other damp places. This is where a dehumidifier comes in, but that’s for another time. Mold can even form on some low quality air filters, so you need to make sure to replace them as recommended.

Additionally, most air purifiers don’t make smells go away. If you’ve recently painted the walls, it won’t really help. You tear up because of strong bathroom or kitchen cleaning products? Still no. Only some air purifiers, which include activated carbon, might help get rid of bad smells too.

Lastly, don’t even dream that you won’t need to use the broom or vacuum again. Air purifiers only act on what’s already flying around the room. They won’t make dust and dirt magically lift off your floor and run into their filters.

How to Choose an Air Purifier

When you want to pick an air purifier that works for your own home, here are a few things we advise to keep in mind:

Don’t go for the cheapest one, but not the most expensive either. Price isn’t always a sign of quality. Read the label for real specifications.

Try to pick those based on HEPA technology, as their fine filters have greater success in retaining 99% of unwanted particles.

Get a machine that can put up with the size of the room where it’s needed.

Check out the clean-air delivery rating, which can suggest the speed at which the air purifier works. Pick those over 350.

What is Needed Besides an Air Purifier?

To aid in making your house more pleasant and the air clearer, you should also:

Regularly clean all surfaces, throwing away the biggest amounts of dust. Sweep the floors, vacuum, dust the furniture and shake particles off your clothes.

Open the windows. Yes, pollen can come in, but unwanted stuff can also fly out. More than that, it’s the best way to get rid of unpleasant smells.

Keep pets only in certain rooms that you’re aware you’ll need to clean more often because of extra hair.

Stop smoking inside. You’ll get rid of both the smell and unhealthy tobacco particles.

So, does air purifier really works? The answer is yes, it most likely will clear the atmosphere in your room of dust and other annoying factors, making it easier on allergies and asthma.

As for smells… well, it depends on each device. Always make sure to give your air purifier a hand by opening windows and cleaning the house, it’s all for your sake.

How to clean Hepa filter

What Is An Air Purifier

What does an air purifier do

This site uses Akismet to reduce spam. Learn how your comment data is processed.

AirPurifierTop.com is a participant in the Amazon Services LLC Associates Program, an affiliate advertising program designed to provide a means for sites to earn fees by advertising and linking to Amazon.com. For more info check our Affiliate Disclosure page.